Kanji for Oni – Eight things you should know

Generally, “Oni” is considered a kind of Japanese monster or troll that appears in Japanese folklore and folk religion.

Since they are horrifying, “Oni” is also used as a word to describe that something is “strong,” “cruel,” “scary,” “intense,” or “big”.

Let’s see what “Oni” looks like, how it appears in a Japanese annual event, and how the Kanji is used in the language.

The origin of the character

It is a pictogram of a man with a grotesque head and stands for the dead’s soul.

The typical image of Japanese “Oni”

To put it very simple, they look like this: 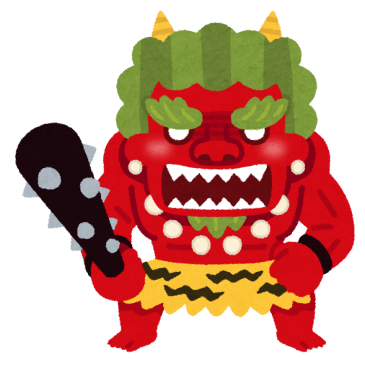 They have horns, usually one or two, and often have sharp fangs. The color of their skins is often drawn in red, blue, or green. They wear nothing except underpants of tiger fur. They have superhuman strength, and are bold and inhumane, and considered horrifying. They often have studded metal rod in their .

As an actual example of how “Oni” appears in Japanese stories, let’s take a look at a mega-hit comic Demon Slayer (Kimetsu no Yaiba), in which the characters fight a fierce battle against “Oni.” 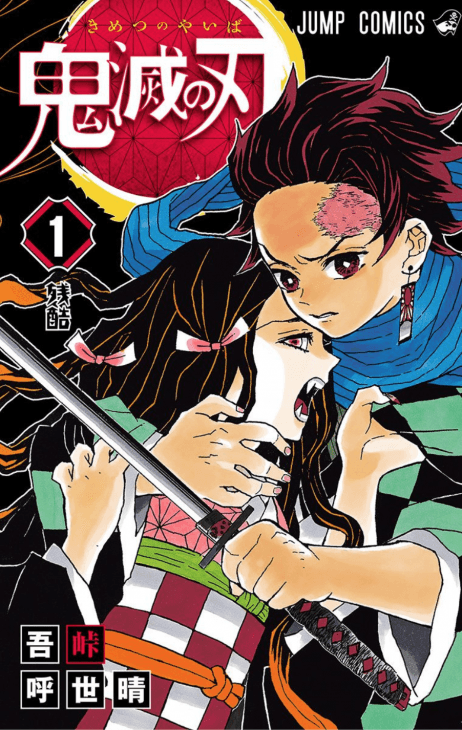 Demon Slayer is a comic that made a huge craze written and illustrated by Koyoharu Gotōge. Kimetsu no Yaiba is written as 鬼滅の刃

in Japanese. 鬼 means Oni, 滅 means to overthrow, and 刃 stands for a sword.

In this comic, “Oni” has different characteristics compared to the traditional image.

“Oni” characters wear clothes like ordinary humans and don’t necessarily have horns. They eat humans, and the more they eat, the stronger they get. They never get old, and even if they lose a part of their body, that part regenerates. They never die unless getting sunlight or being cut their necks by swords made specially to kill them.

Since the characters have to face so many hardships, some Japanese fans say, “The author is the most inhumane 鬼 in this comic.”

Using “Oni” for a person

The word “Oni” is often used for describing people’s characteristics.

(Ano hito wa shigoto no oni da), literally meaning “That person is an Oni for work,” it means that person is very keen and obsessed with work.

It could also describe a person who is very strict and inhumane.

For example, there are some words as 「鬼上司」

(Oni yome), it means that the woman has no mercy to her husband. 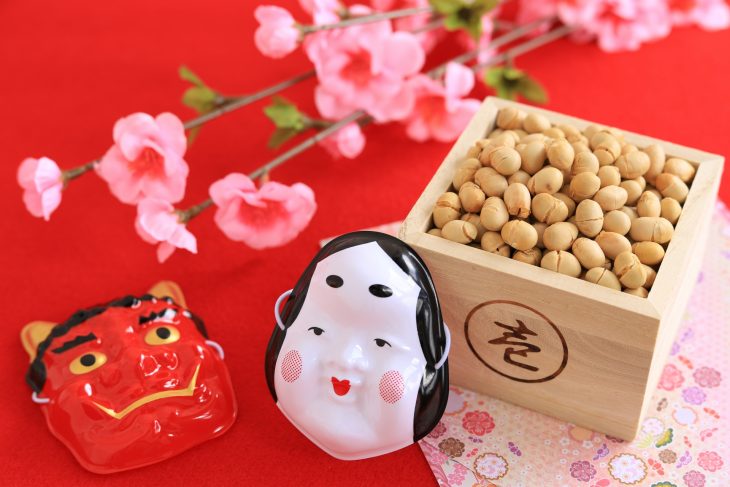 (Setsubun) is the day before the beginning of spring in the lunar calendar. Spring regarded as a new year, nowadays Japanese call February 2, 3, or 4(it depends on the year) as Setsubun.

On that day, people, especially children, throw beans in their houses, or at events in shrines or temples, saying 「鬼は外、福は内」

Proverbs and idioms with – learning Japanese!

Since 鬼 is considered a strong, inhumane creature, there are some proverbs and idioms using the word.

金棒 is a studded metal rod just as shown in the illustration above. 金 stands for metal (it also means “gold,” but it is not the case for this word), and 棒 means rod or stick. Oni itself is already strong, but with a weapon, they are even stronger. Therefore, 鬼に金棒 implies that a person or a group that is already strong gets stronger by getting something new.

This means “A big-name rookie is joining the team that won the championship last year—the more Moors, the better victory.”

鬼の目にも涙 (Oni no me nimo namida)

This phrase literally means “even Oni get tears in their eyes.” It means that even a person who seem to be merciless sometimes have sympathy or pity.

This phrase literally means “washing one’s life while Oni is away.” It means “to relax and do whatever you want while someone you feel uneasy is not around you.”

So, did you get some images about Japanese “Oni”?

They are quite familiar to Japanese people, and “Oni” is a handy word to describe that someone is inhumane.