Kanji for fire and flame, 火 and 焔

Kanji for fire is 「火」. It is a simple word, but therefore, there are many Kanji compounds, proverbs, and idioms. Let’s see how the Kanji is used in Japanese.

The origin of the Kanji “火”

火 is a pictogram of a flame. The 甲骨文字 looks like a flame for sure.

Basic data about the Kanji “火”

The meaning of 火

When the Kanji is used alone, it will merely mean “fire.” But in a particular context or when compounded with other Kanji characters, different meanings will appear.

There are two Kanji characters for “flame.” One is 炎, and another is 焰. Both are pronounced “honō”

焰 could also be written as 焔. If you look at a Kanji dictionary, it says that “焔” is a 俗字(zokuji)

of “焰.” 俗字 means that the character is not a standard, but it is a shape that people have been used. However, if you try to type 焰 with your computer or smartphone, they suggest 焔 as a first choice. This occurs because the industrial standard registered 焔 for the Kanji. Both shapes are accepted in society, so don’t be too nervous. 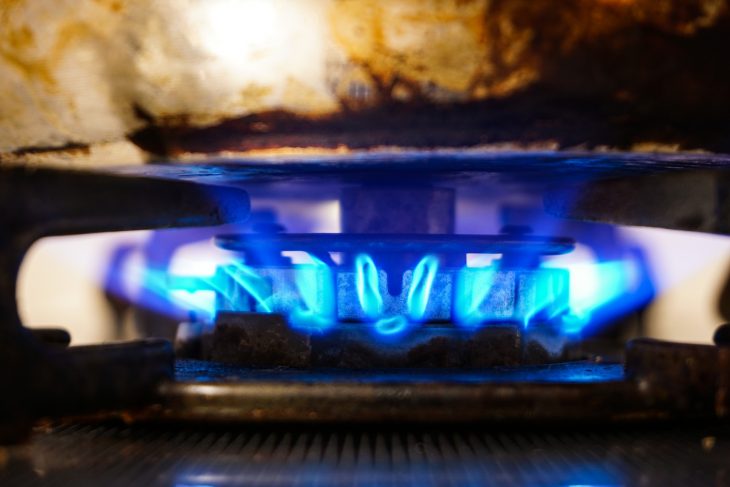 Most of the Japanese use gas stoves for cooking. There are some houses with IH stove but are still a minority.

If you want to say “heat the ingredients thoroughly,” you should say「火を通す」(hi o tōsu)

means to put something like a pot or a frying pan on fire to cook.

is for high heat, 中火(chūbi)

is for medium heat, and 弱火(yowabi)

is for low heat. とろ火(torobi)

is lower than 弱火. You must try to adjust the heat as low as you can.

If you want to see a picture of the difference in the heat level, here is a good website that could be used as a dictionary for cooking. It also has various recipes for home cooking.

On this page, you can understand the terms of heat with photos.

Some sayings and idioms using 火

These are the usage of 火 in Japanese.

The meanings of the word “fire” differ between English and Japanese. In English, “fire” could mean “the shooting of guns or other weapons,” or “to cause a weapon to shoot bullets, arrows, missiles.” There are words for these kind of things in Japanese, such as 「発砲する(happōsuru

, to fire a missile)」. These words don’t include 火.

Probably that is because Japan is a country with strict gun control. No one could possess guns except police officers and self-defense officials. The only way that ordinary people could own guns is to get a license for hunting and get registered by the governor of the prefecture. Therefore, Japanese people are not familiar with firearms.

Interestingly, the difference in the image or impression of the word “fire” seems to reflect the values and societies of English-speaking countries and Japan.

I hope this article helps you to understand the difference between the two cultures.