Kanji for Kawaii – a word that doesn’t only mean “cute”

If you want to use Kanji to write “kawaii,” it will be「可愛い」. You need to add the Hiragana「い」since it is an adjective. (Adjective in Japanese all ends with「い」.) If it becomes a noun, the shape changes to「可愛さ」(kawaisa).

Writing the word in Hiragana is also accepted.

The characters「可」and「愛」are used just as a phonetic equivalent. The original Japanese pronunciation of「可」is “ka,” and that of 「愛」is “ai.”

However, if you want to refer to the Japanese Kawaii subculture, you should use Katakana「カワイイ」.

The origin of the word “Kawaii”

The origin of the word kawaii is「かほはゆし（顔映ゆし）」(

kawayushi ）. It literally means that the person looks so bright that you can’t face him or her, and therefore means “to feel ashamed.” The meaning changed to “you can’t face the person because he or she seems so pitiful” over time. Moreover, the meaning turned into “adorable” in Muromachi period(室町時代, from 1336 to 1573) from the feeling that you want to help someone pitiful.

Various meanings of “Kawaii” in a dictionary

Kawaii has various meanings and is not a word only for “cute.”

Here are some meanings that are on the latest Japanese Dictionary(国語辞典 kokugo jiten).

If you ask an ordinary young man in Japan “What kind of girls do you like?”, they will probably answer 「かわいい子」 (Kawaii ko

). In this context, “Kawaii” is quite close to “pretty” in English, and he is perhaps emphasizing good looks and youth.

Kawaii ko ni wa tabi o saseyo ) .「旅」(tabi) means “travel.” This proverb says, “If you love your children, you should force them to go out and see the world outside.”

kawaisa amatte nikusa hyakubai). 「可愛さ」(kawaisa) is the noun for “kawaii.” If you are betrayed by someone you loved, the hatred will be one hundred times stronger than love. “The greatest hate springs from the greatest love.”

If you go to 原宿(Harajuku) in Tokyo, you will see many young people dressed uniquely…or eccentric. 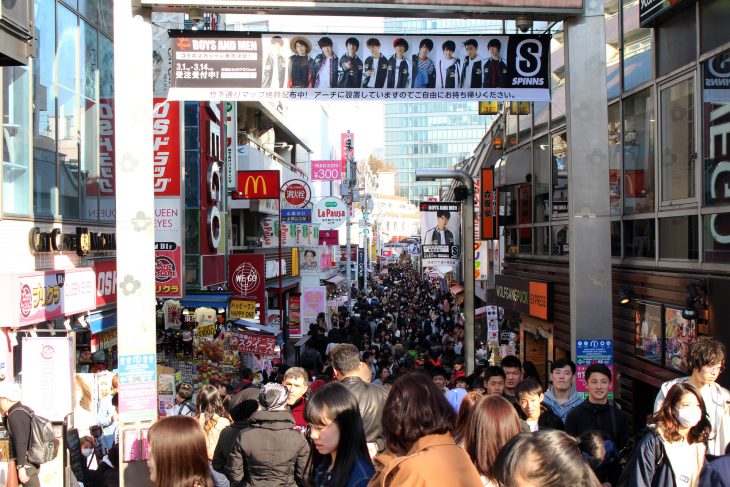 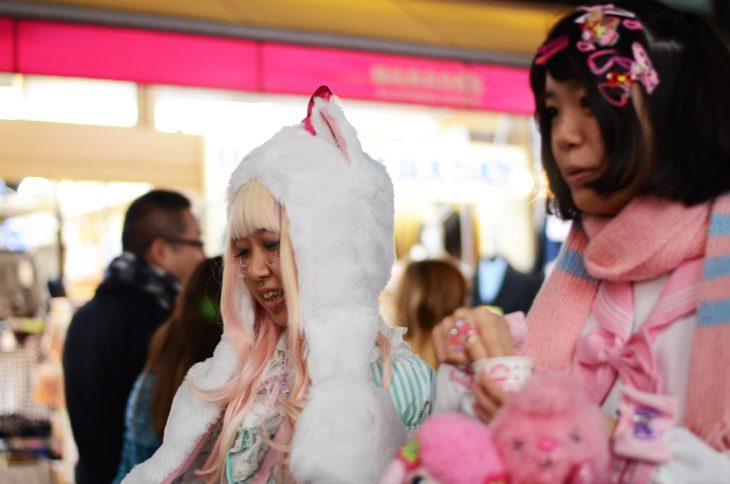 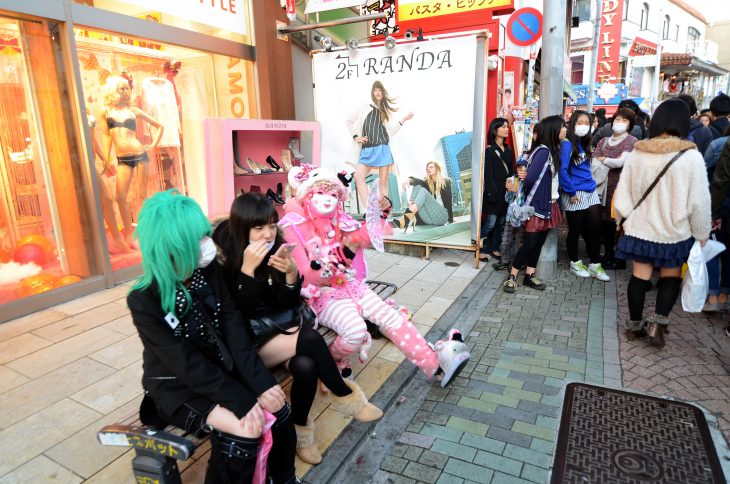 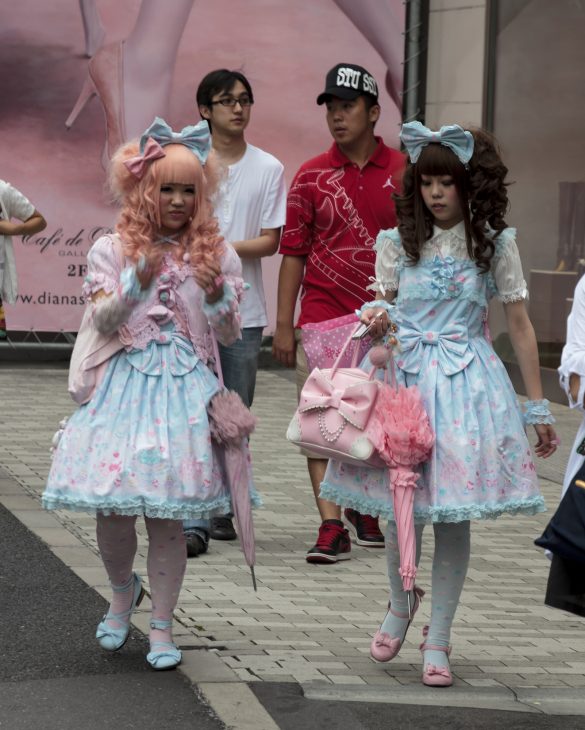 Girls are walking in Lolita fashion, a style in Japan influenced by Victorian clothing and styles from the Rococo period. 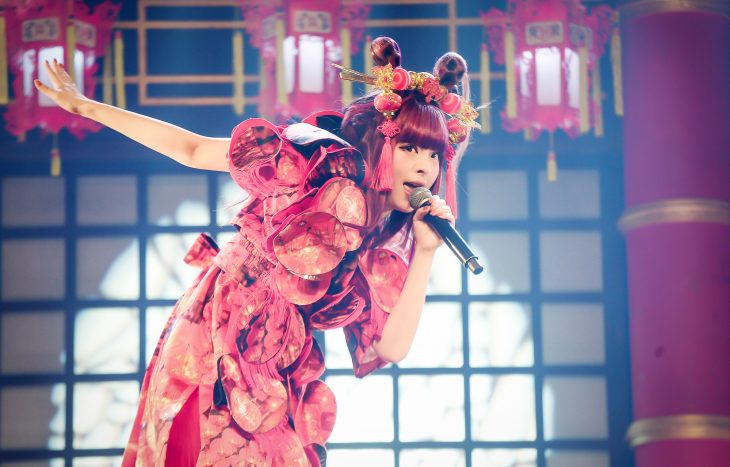 This is the music video of “PONPONPON,” a song included in her very first album.

DO YOU THINK THIS IS “CUTE”? Most of the Japanese would say, “NO.”

Well, this one is her most eccentric music video. Others might be easier to accept.

The culture for these kinds of eccentric fashion is called カワイイ文化

. 文化(bunka) means culture. Some foreigners say that it looks childish and immature. Some say it is a consequence of sexism. Well, it may not look “mature” in Western culture, but I would say this is a culture for adults. Just google for a dress of Lolita fashion, and you will be astonished how expensive it is. Also, these eccentric styles are not widely accepted, and generally, it is seen “odd” even between Japanese people. You can’t expect your parents to buy these clothes unless they are sympathetic supporters. You need to work by yourself to buy them.

Actually, those supporting “Kawaii” fashion represented by magazines such as “Zipper” or “CUTie” are mainly women. This culture has no intention to flatter men. I would rather say that the culture is about women agreeing that they look カワイイ between friends, or to value the things that you think is Kawaii regardless of what other people say.

From the fashion style centered in Harajuku to the culture of the cute characters, for example, those created by Sanrio Company, Ltd. are all described with the word “Kawaii.” The wide range of its use should be the reason why the “Kawaii” culture is spread to the world.

Kawaii characters are now widely accepted. ゆるキャラ(Yurukyara) are all over Japan!

You may have seen this character before. 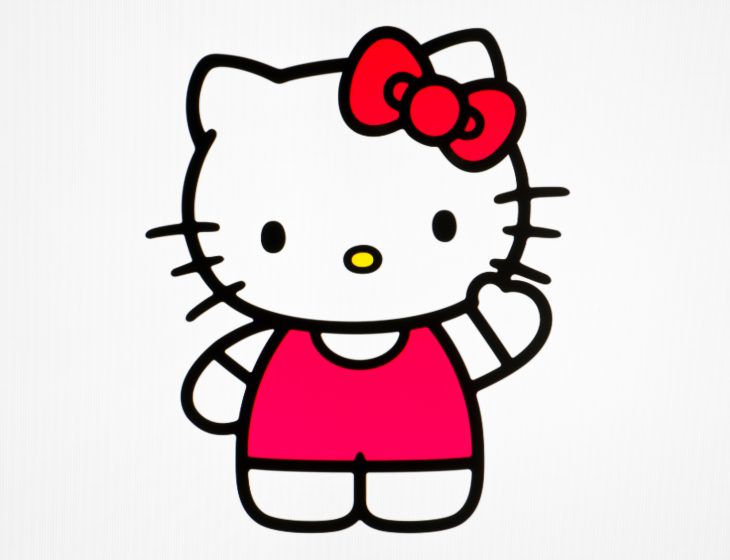 Her name is Hello Kitty（ハローキティ

(Kiti-chan). Sanrio created many kawaii characters, including her.

(yurukyara) are created all over Japan. They usually promote a place or region, organization, or business. The reason why ゆるキャラ is sometimes written “Yuru-chara” in English is that the term is an abbreviation for 「ゆるいマスコットキャラクター

(Kumamon). His job is to promote 熊(Kumamoto) prefecture. 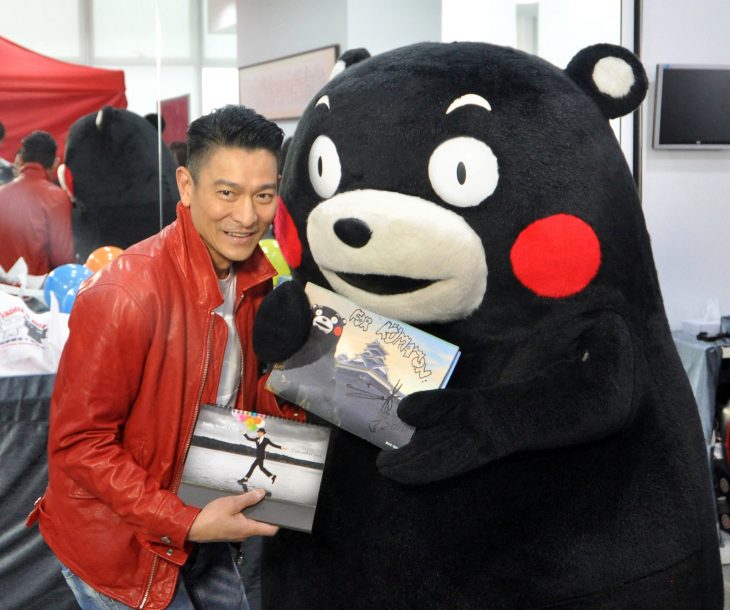 A picture of Kumamon

キモカワ(Kimokawa), a mixture of “gross” and “kawaii.” Anything goes.

As explained above, ゆるキャラ is created everywhere in Japan. But some of them are described as 「キモカワ

」. 「キモカワ」is a mixture of the word 「キモい」(kimoi), which is an abbreviation for 「気持ち悪い」(kimochiwarui) meaning “gross” or “disgusting” and “Kawaii.”

Let’s take a look at some ゆるキャラ that are said to be キモカワ.

レルヒさん(Reruhi-san) is a character of 新潟(Niigata) prefecture. Do you think he is kawaii…? Especially the eyes…?

オカザえもん(Okazaemon) is a character of 岡崎市(Okazaki City) in 愛知(Aichi) prefecture. Hmm…a little bit of a grey area?

ふなっしー(Funasshī) is a character of 船橋市(Funabashi City) in 千葉(Chiba) prefecture. Please watch the first part of this video.

You can see that his voice and movement are gross.

“Kawaii” is not just “cuteness.” It’s you who judge.

Kawaii is quite a board concept.

Of course, you could say 「赤ちゃんは可愛い」(

Akachan wa kawaii, babies are cute) with the usual meaning. However, when it comes to culture, it seems the concept is expanding without limit. The “Kawaii” concept is exported overseas and also changing its shape.

If you are interested in modern art, I recommend you reading this article. What Is Kawaii? (by Sarah Gottesman)

Maybe the person who judges whether something is “Kawaii” or not is nobody but you!